The Rise and Fall of Rome, A Brief History – Part 5

The Rise and Fall of Rome, A Brief History – Part 5 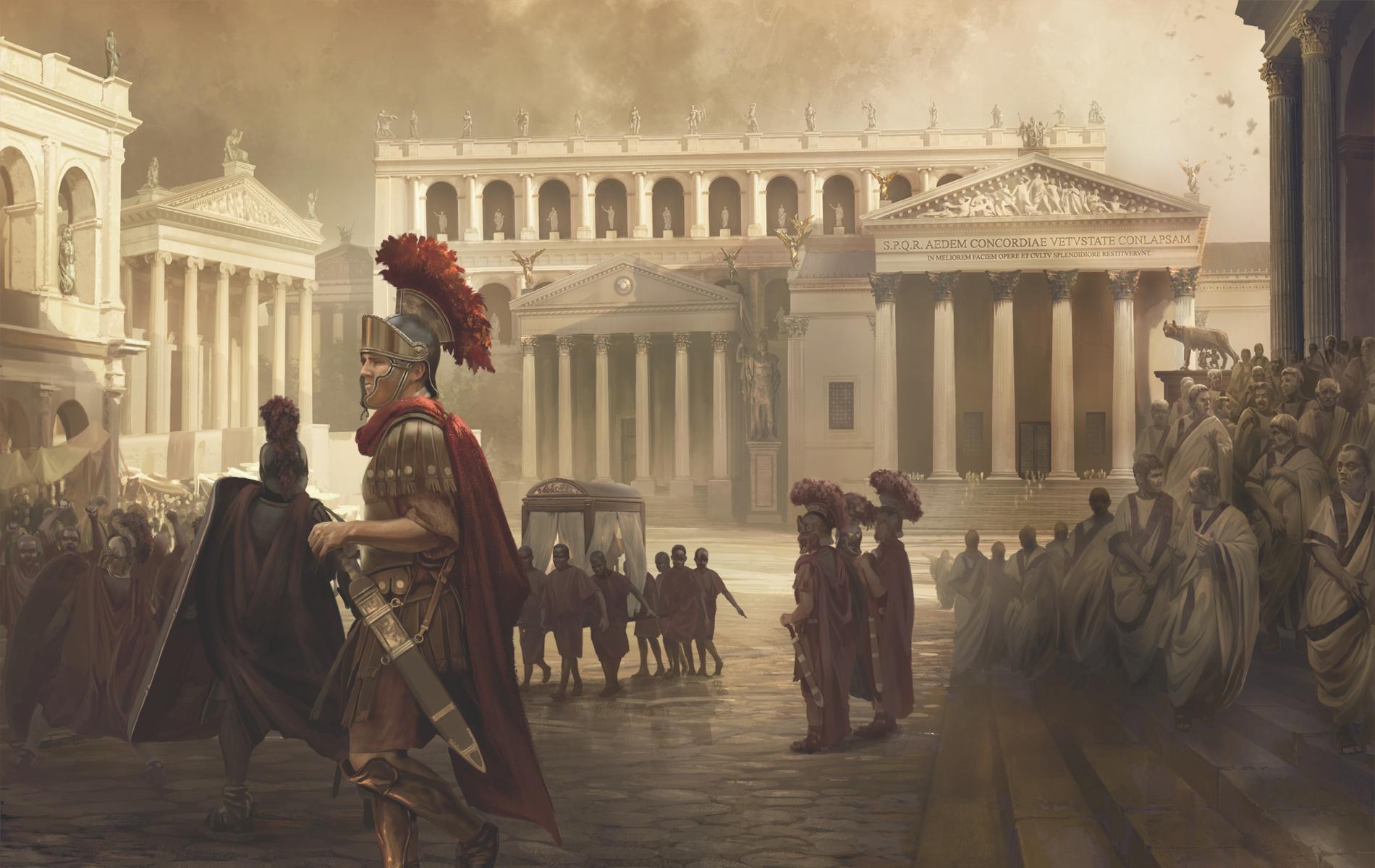 The Roman Empire met the needs of the people far greater than the old republic, yet it was cracking under its weaknesses. Throughout the ages the empire’s morals had been eroded. The classes became more selfish, and wealth was accumulated out of greed. The love of gold and luxury, the misery of poverty and its attendant vices and crimes. The decrease of the population, and the consequences of slave labour. The decay of religion, and the decline of the patriotic spirit. How can an empire built on morality possibly survive after the removal of it? These moral diseases were at the root of Rome’s weakness, and could hardly be solved by government dictates.

With the empire under attack from within and without, she was in dire need of guidance. In AD 268, Marcus Aurelius Claudius Gothicus (more formally known as Claudius II) was to answer the call. Claudius was an army officer under the emperor Gallienus from AD 260 to AD 268. After rising to the command of the cavalry, he acceded the throne upon Gallienus’s assassination in AD 268. With the recent invasions of the empire, trust in the emperor was at an all-time low. This gave rise to many revolts and an attempted usurpation of the throne by Aureolus. This attempt was quickly thwarted by Claudius and he turned his attention to the rampaging hordes, namely the Goths. Claudius roused the patriotism of his army and restored its discipline. With this new found strength he pushed on into Greece to meet the Goths, who had crossed the Danube and advanced on Macedonia. The Goths were destroyed in this campaign, for this feat Claudius was given the name “Gothicus”. While preparing a campaign against the Vandals, Claudius perished from the plague. He was succeeded by his cavalry commander, Aurelian. 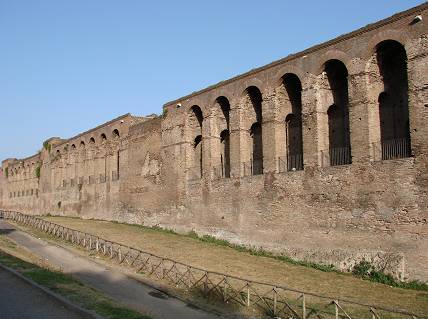 Aurelian was left with the task of completing what Claudius began. With many invasions still under way he had to fend off the Juthungi, Alamanni and the Marcomanni at the same time. To Aurelian’s horror, after each victory the invaders only recouped and targeted a new province. Realising how feeble his attempts were, he met with the senate to find a final solution. Aurelian proposed building a wall around the city for its defense. Workers were immediately deployed and the wall was built to be 21 feet high and just under 12 miles long. This wall was to become aptly known as the Aurelian Walls, which have survived until this day in Rome. He then acted to evacuate the provinces from Dacia, as it was too difficult and costly to defend. This made the Danube the frontier of the empire. Aurelian’s attention was then turned to the rebellious provinces. He recovered Gaul, Spain, and Britain from the usurper Tetricus. After these victories Aurelian moved onto the city of Palmyra in the east. The city was promptly destroyed by Roman forces and authority restored to the region. In AD 275 Aurelian was assassinated in a household plot in Caenophrurium. The Roman Empire’s destiny remained uncertain, until the accession of Diocletian in AD 284.

Born of an obscure family in Dalmatia, Diocletian had risen to the position of Commander for the Roman army in the east. He was considered to be a great man, and this was part of the reason why he was proclaimed emperor by his soldiers. He assumed the imperial power and made his residence not at Rome, but in Nicomedia, a town in Asia Minor. His entire policy was to consolidate strength and respect for the imperial authority. He proclaimed himself an Oriental monarch, and assumed the diadem of the East. He wore the luxurious robes of silk and gold, such as were worm by the eastern rulers. Diocletian’s subjects were implored to salute with low prostrations, and no not treat him as a citizen, but as a superior being. By presenting himself in this way, and commanding reverence, he aimed to make the imperial office exalted amongst the people. Diocletian believed that the emperor was to be the sole source of power in the empire, and as such the position demanded veneration and obedience.

Even though he believed the emperor was the source of all authority and power, Diocletian realised there were too many affairs to handle alone. One ruler was sufficient in handling the affairs of the East, which included repelling the Persians. The West needed another ruler to lead and drive out the German invaders. Diocletian therefore associated his good friend and companion in arms, Maximian, with him. The two of them quickly came to realise that even this wasn’t enough to cover the needs of the East and West. Diocletian and Maximian each received the title of Augustus, and were assigned assistants, who received the title of Caesar. The two Caesars chosen were Galerius and Constantius. These two were to be regarded as the sons and successors of their respective chief, the Augusti. Each Caesar was to recognise the authority of their chief, and were under the supreme authority of Diocletian himself.

The goal of Diocletian’s methods was the give birth to a strong and efficient government. Any dangers which threatened the empire were met with firmness and vigour. The frontiers were successfully defended against the Persians and barbarians, and revolts were quickly squashed. For the first time in a while, public works were constructed, amongst which were the great Baths of Diocletian. Having reigned successfully for twenty one years, Diocletian voluntarily surrendered his power. He retired to his home province of Dalmatia, where he spent the rest of his days at his palace at Salona. Diocletian’s reign had such an impact that Maximian had asked him to resume his reign, to which Diocletian declined. Toward the end of Diocletian’s life he witnessed the turbulence which spawned from his multi ruler approach. Rivalries began to appear between the rulers, this eventually led to civil war. At one time there were six emperors conflicting and trying to seize power from the next. Out of this conflict however, rose Constantine. Constantine continued Diocletian’s pursuits, and would attempt to raise the Roman Empire to greatness once more.