The Rise and Fall of Rome, A Brief History – Part 2

The Rise and Fall of Rome, A Brief History – Part 2

The five emperors that were to become known as the Good Five, began with the accession of Nerva. This period was of general prosperity and is accepted to be the peak of the Roman Empire’s greatness. Nerva acceded after the assassination of Domitian in AD 96. This marked the end of the Flavian Dynasty, but due to Domitian’s popularity Nerva’s rule was short and turbulent. His short reign meant that he wasn’t able to accomplish great feats like the rest of the Good 5. However this doesn’t mean he had no impact, he spent the little time he had undoing the wrongs of Domitian’s rule. The practice of delation was forbidden and oppressive taxes instated by Domitian were retracted. Nerva also granted more tolerance towards Christians. The extent of Domitian’s bias is debatable but many Christians were exiled to the island of Pontia, and more notably, John the Apostle was exiled to Patmos. These exiles were recalled to the Empire by Nerva.

Nerva is also known for his attempts to assist the poor. After passing a law to the assembly he went on to purchase large lots of land from wealthy owners, and let them out to the poor. He paid great attention to education as well. With the establishment of a fund to assist the education of children from poor families. Near the end of Nerva’s rule the Imperial Palace was laid to siege by the Praetorian Guard. Their demands were for Nerva to hand over those responsible for Domitian’s murder. Nerva had no choice but to obey, which unfortunately marred his image and authority for the rest of his reign. Nerva died in AD 98 and was succeeded by his adopted son, Trajan. 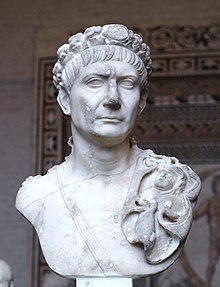 If there were a pinnacle of the pinnacle, Trajan would be it. Adopted by Nerva, and having a hand in government during his youth, Trajan was accepted by the senate after Nerva’s death as his successor. He continued Nerva’s efforts to right the wrongs of the Flavian Dynasty. To the people he restored the elective power; to the senate, liberty of speech and of action; and to the magistrates, their former authorities. He also assumed the role of chief magistrate of the empire and abolished the law of treason. Trajan became popular with the people, and he gave generously to the poor, trying to alleviate their struggles. At one stage it was said that five thousand children received daily food allowances from him.

There had not been any major conquests for a time before Trajan, but under him it began anew. Trajan carried his conquests across the Danube and acquired the province of Dacia. He then went on to conquer Armenia, Mesopotamia, and after a short war with the Parthians, Assyria. The Roman Empire had attained its greatest extent after these expansions. Trajan’s Forum was constructed in celebration of his victories, which was to be the largest monument built during his time. He also went on to construct vast road networks for the provinces. He built two new baths as well, one exclusively for women. The harbour of Ostia was then constructed, and the supply of water to Rome was improved. 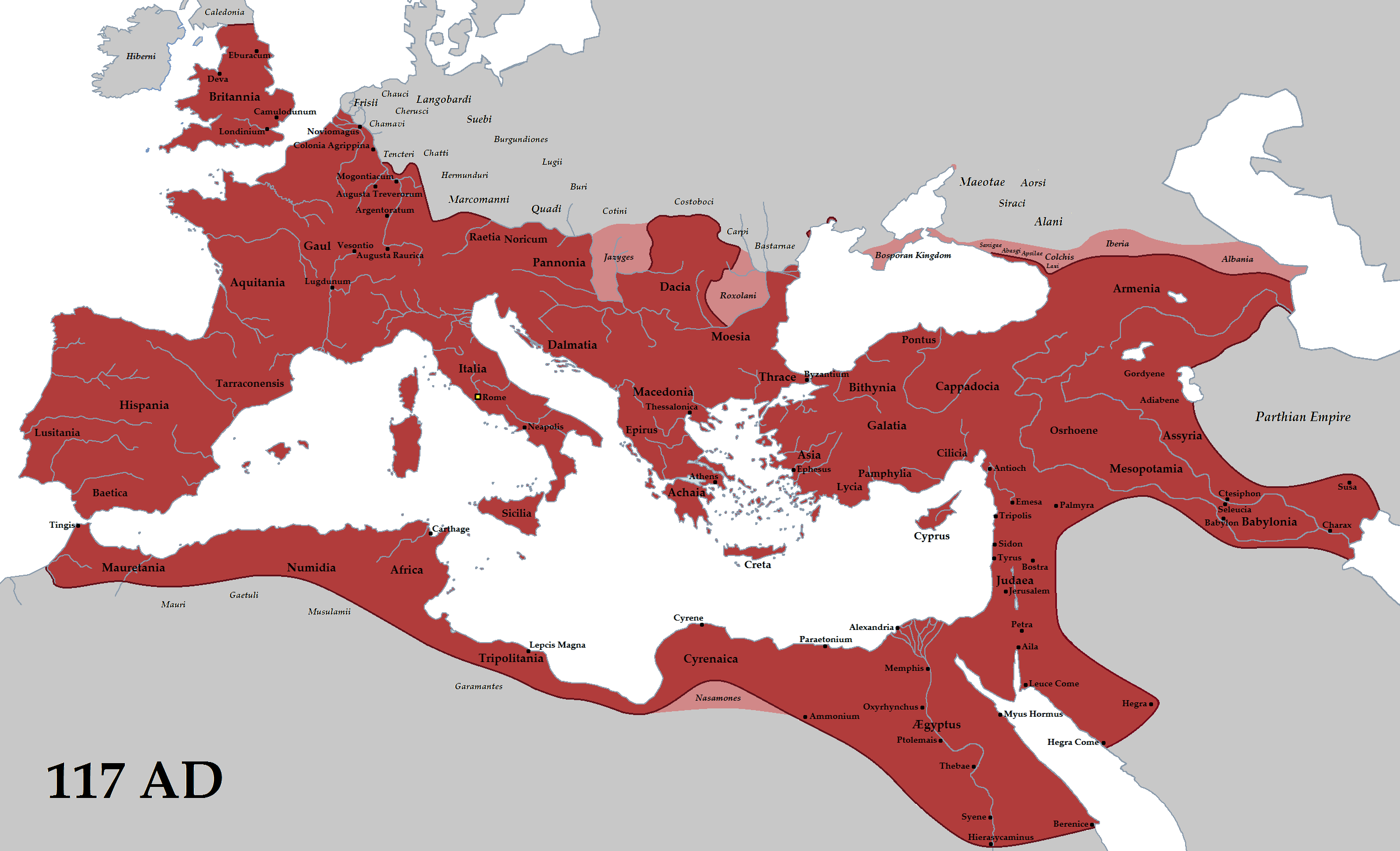 The strength of the empire was reflected in its imposing grandeur during these heights. The Forum became the architectural center of the city, with the additional forums dedicated to  Julius, Augustus , Vespasian, Nerva and Trajan adjacent. The splendid temples of Jupiter and Juno sitting upon Capitoline hill would draw the attention of one standing in the forum. Surrounding the Forums were temples, the basilicas (halls of justice), porticoes and other public buildings. Whilst many of the Roman’s architectural ideas originated with the Greeks, it is said that in its peak the grandeur of Rome bested the likes of Athens at its peak. Trajan had such a profound effect on the empire that he was bestowed with many titles during his reign, the most striking of which was “Optimus” which simply means “the Best”. Trajan passed in AD 117 and his adopted son Hadrian was proclaimed Emperor.

Hadrian was similar to Trajan in many ways. He was generous to the poor and wished to add to the architectural splendour of Rome. Hadrian did not believe however, that the greatness of Rome relied on military prowess. He believed that the military should be maintained but that the prosperity of their current subjects should be the focus. Since Hadrian didn’t believe in conquering foreign lands he voluntarily gave up the conquests of Trajan. He declared that the Eastern policy was a mistake, and as a result the provinces of Armenia, Mesopotamia and Assyria were forfeited. 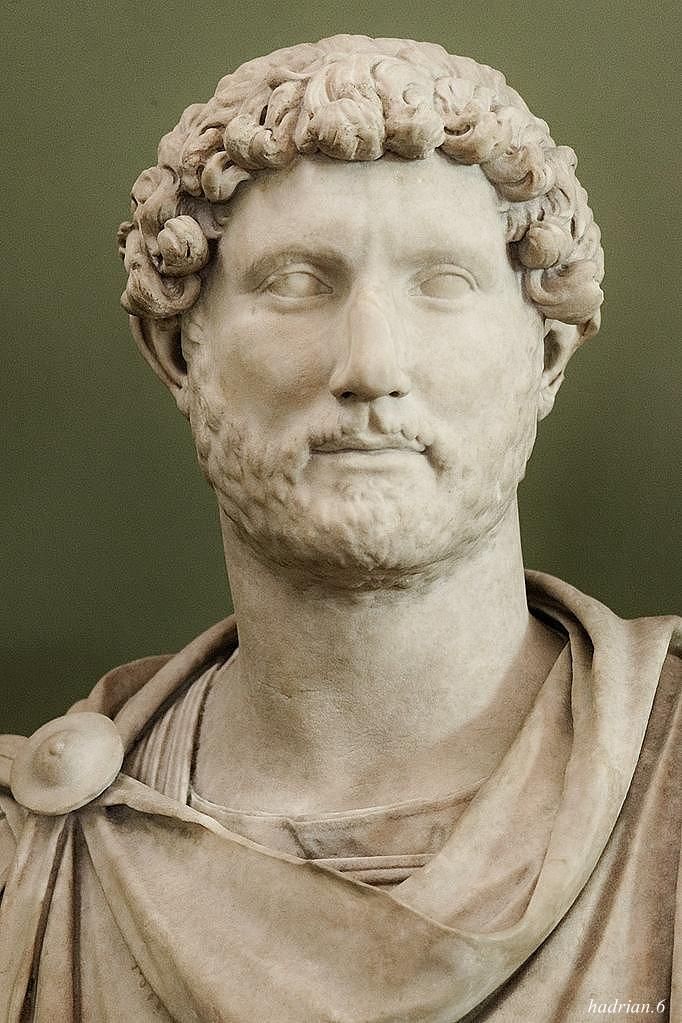 Hadrian showed himself to be a true statesman, and having high esteem for the imperial council, he often deferred to and heeded their advice. The council had only occasionally been deferred to in the past and was always separate from the Emperor. Under Hadrian the council became a permanent institution, for the first time the Emperor was now surrounded by noted and learned men. These men were often trained lawyers and were skills in the delivery of justice. His respect for the law and justice didn’t end there. At that time in the Empire there weren’t any officially written laws that can be referred to. There was an ancient code called the Laws of the Twelve Tables that was written in 450 BC, but it was painfully out of date for modern Rome. A new and developed law had evolved in the courts of the praetors and governors, and as such needed documenting. Perhaps in his most important act as Emperor, Hadrian delegated one of his Jurists, Salvius Julianus, the task of collating these laws. This collection was called the Edictum Perpetuum (Perpetual Edict), and was to be used to better administer justice across the empire.